The dome of Spanair, guilty of bankruptcy of the company and ordered to pay 10.8 million

The statement also condemns all directors and Avançsa his ineligibility for foreign asset management for two years. The Commercial Court has described Barcelona 10 contest Spanair as "guilty" and condemned all the members of the board and the society to jointly Avançsa Generalitat pay the amount of 10,801,716.85 euros. As reported Wednesday legal sources, the rating is due to the delay in filing voluntary bankruptcy of the company. The statement, dated September 16, also condemns all directors and Avançsa his ineligibility for foreign asset management for a period of two years.
The January 27, 2012, Spanair land left nearly 23,000 passengers. Three days after the contest volunteers presented creditors with liabilities of 474 million, and announced an ERE to 2,075 workers. The company was in "a state of insolvency for failure to regularly meet their obligation to pay" from the June 30, 2011, according to the prosecutor Raquel Amado. 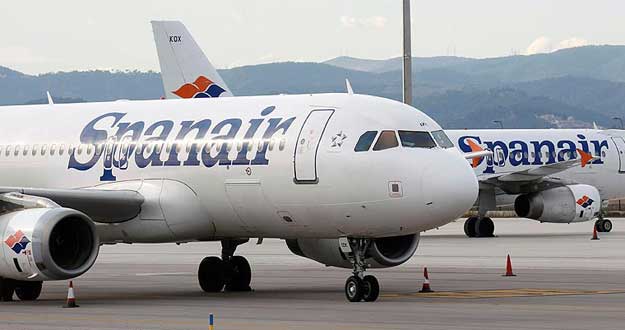 
The commercial court number 10 has described Barcelona as competition Spanair guilty and condemned its president Ferran Soriano and members of the board of directors severally to pay 10.8 million euros.

The culprit competition implies malice or gross negligence of the representatives of the company that not only give rise to the state of insolvency, but rather aggravated. In this case, the rating is due to the delay in filing voluntary bankruptcy of the company.

A ruling released Wednesday declared ineligibility for foreign asset management for two years almost all directors, including the self-Soriano, and the company of the Avançsa.

Also affected by the rating lose any rights they may have as bankruptcy creditors or against the estate, collect the judgment.

The judge believes there is a "perfectly accredited" justification by the receivers of such natural and legal persons aggravated the insolvency of the bankrupt by his conduct to delay the presentation of voluntary bankruptcy.

Regarding Karl Mats Erik Lönnqvist, who resigned as member of the Board of Directors on October 27, 2011, is affected by the characterization of the contest as the culprit, since the date of insolvency has set a June 30, 2011, as the disqualification and loss of bankruptcy rights.

However, it is not ordered to pay any amount for bankruptcy deficit, as the same has been calculated by the deepening insolvency produced in a period in which no longer belonged to the council.