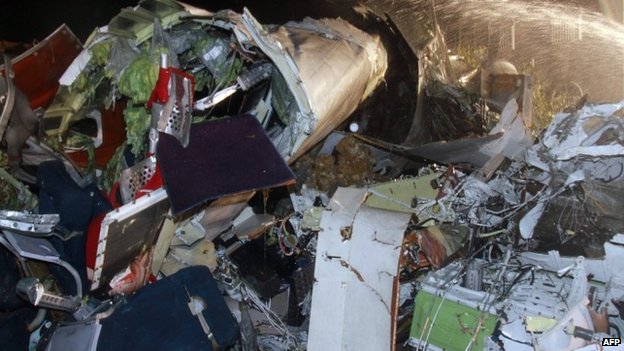 A passenger plane has crashed after a failed emergency landing in Taiwan, killing more than 40 people, local officials say.

There were a total of 54 passengers and four crew on board, Taiwan's CNA news agency reported.

About 200 military personnel have joined rescuers in the search for survivors.

'Plane in flames'
Firefighters and other emergency personnel are attempting to rescue those on board. 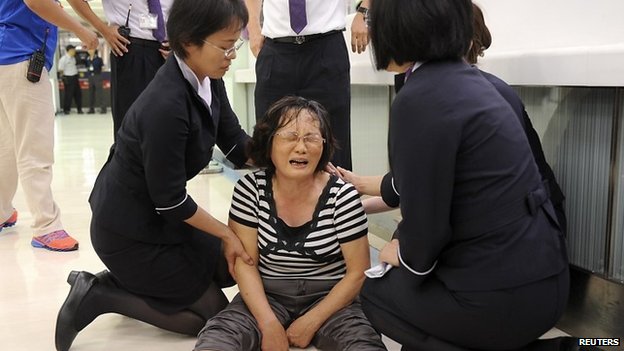 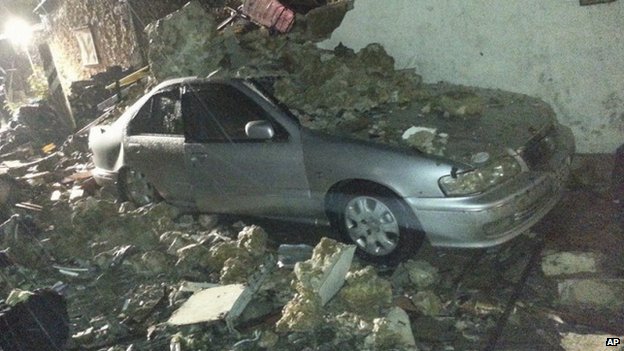 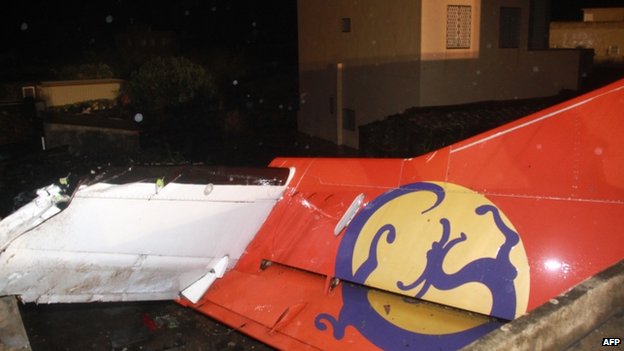 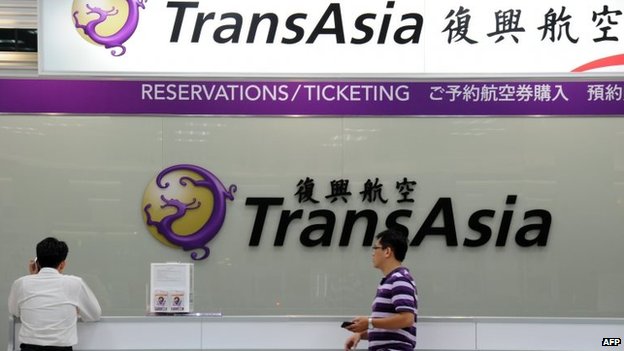 TransAsia Airways is a budget airline in Taiwan

"From the crash site we sent 11 people to hospital with injuries. A few empty apartment buildings adjacent to the runway caught fire, but no-one was inside at the time and the fire was extinguished."

The ATR 72 turboprop aircraft departed from the southern municipality of Kaohsiung at 17:43 local time (09:43 GMT), but lost contact with controllers at 19:06, CNA said, citing the Civil Aeronautics Administration.

TransAsia Airways' General Manager Hsu Yi-Tsung has tearfully apologised for the accident, the Central News Agency reported, pledging to spare no effort in the rescue operation and to transport relatives of passengers on the flight to Magong on Thursday morning.

Earlier on Wednesday, Taiwan was battered by strong winds and rain from a tropical storm, Typhoon Matmo.

However, an official at the Civil Aeronautics Administration told Reuters that bad weather at the time of the crash did not exceed international regulations for landing.

Typhoon Matmo had caused many flights to be cancelled but the land warning was lifted around 17:30 local time, around the time the plane took off, the BBC's Cindy Sui in Taipei reports. 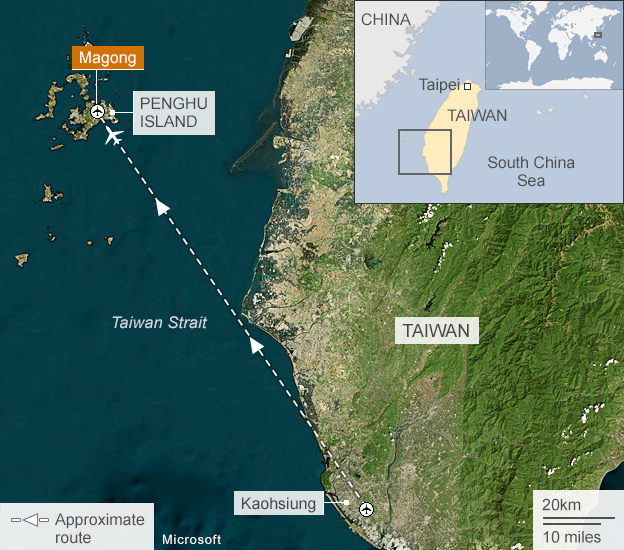