I want to install a wifi AP antenna on my tower. The best spot is about 4 feet from my 1090 mHz antenna.

It's going to be 1400 mHz of separation between signals and the wifi transmit should be <1 watt.
The wifi antenna won't be pointed at the 1090 antenna, but since it's in the near-field, there will be
some 2.4 GHz signal getting down to the Puck.. The 1090 antenna might reject a lot of out-of-band signals..

I'm just a little worried that I might have use a 1090 band-pass filter, if the front-end of the Puck is too wideband.

Seems like front-end overload or de-sense would be the culprit, if it did happen.
Also called Receiver Blocking or Desensitisation http://www.radio-electronics.com/info/rf-technology-design/receiver-overload/blocking.php

Has anyone heard about 2.4 gHz wifi interference with a 1090 Puck?

Staff member
We have a lot of locations with 2.4Ghz wifi nearby and don't seem to have an issue. Not saying you won't but we typically don't see any problem at all.

Thanks Lee,
I don't think there will be a problem. The Puck seems to have some filtering in the front-end (best I can tell by observation of pictures on the web).
And if there is a loss of range, I can try a $20 BP filter from Amazon.. http://www.amazon.com/ADS-B-1090MHz-Band-pass-SMA-Filter/dp/B010GBQXK8 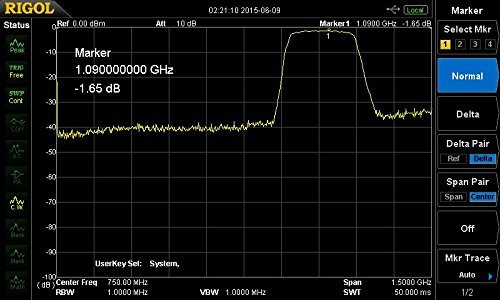 Staff member
I think it does yes. Our own receiver has extensive front end filtering!

I wonder what's inside that Amazon filter? Some micro strip?
It's loss isn't that high, according to the posted test pictures.
If it's an SMD filter, it's pretty good.. 1.65 dB of loss isn't that bad. 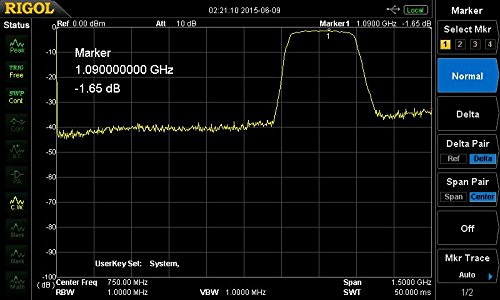 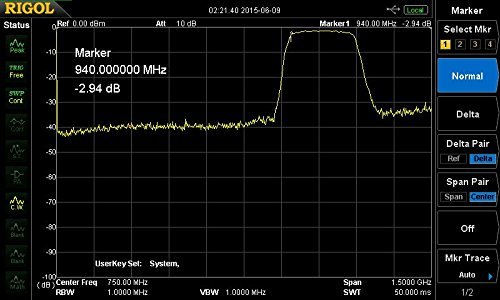 The new 2.4 gHz antenna has been installed and running at 230 mw since yesterday afternoon. About 24 hours ago.
So far, there does not seem to be any negative effects on the 1090 Puck's range or it's data sharing flow.

I'll post again in a few weeks, after testing with the power increased to about 1 watt.